The Castrato and His Wife

This book tells the story of Giusto Tenducci, an Italian opera singer and castrato, who was wildly famous in the mid-1700s. He sang for Marie Antoinette and was friends with some of the leading composers of the time, including Bach and Mozart, who composed music specifically for Tenducci. He spent most of his adult life living and performing in England, but for a short time lived in Ireland.
In Ireland he was hired to tutor a very talented young woman, Dorothea Maunsell, who was from a rich and influential Protestant family. The two became very close and eventually eloped, causing a huge scandal. First of all, Tenducci was fifteen years older than Dorothea, he was a castrato, and he was also Catholic. Her family was outraged.
Dorothea’s father hired soldiers to chase the pair and Tenducci was thrown in prison twice, but eventually they made their way to England where they lived happily for five or six years. Then the spirited Dorothea eloped with another man.
The Castrato and His Wife is much more than a biography. It tells the story of a group of men, the castrati, who lived unusual lives at the edges of society. It’s also a fascinating look at the history of opera.
Posted by Susan at 4:00 PM No comments: 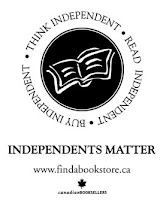 I love my indie bookstore...Book City on the Danforth. The staff is fantastic and I always come out with a whack of great stuff to read. They are big supporters of the community and my paty of the city would be greatly lessend without them. Today is Independents' Day so go and shop at your local bookstore. The CBA website has more details on Why Independents Matter.
"Long before I was a novelist, I was an independent bookseller, working at Toronto's Bakka Books--and ever since, I've made a point of supporting independents whenever I can; they are the heart and soul of the Canadian book trade, the people who are in it for the love of good books. There's nowhere I'd rather spend an afternoon than browsing in one of Canada's many find independent bookstores." - Robert J. Sawyer

The Oxford Companion to Beer is an A-Z guide that features more than 1,100 entries and 140 images. From barley and hops to local pub customs, it touches on every aspect of making and enjoyin

g beer. There are several Canadian contributors and a four page section about beer in Canada. There are also entries about Labatts and Molsons, which happens to be the oldest brewery in North America. Surprisingly, the top selling beer in Canada is Budweiser and not Molson Canadian, which was knocked out of the top spot in 2004. The largest brewery that is still Canadian owned is Moosehead, but it only has about 3% of the market. One of the very first brewers in Canada was a woman named Marie Rollet, who grew up in France and immigrated in 1617, eventually brewing beer for the small community of New France.
Posted by Susan at 2:58 PM No comments:

Canada Reads and the Dewey Divas!

This year the CBC asked the Deweys to submit  their picks for Canada Reads. For the first time ever they are doing non-fiction. Check it out and don't forget to vote!
Posted by Saffron Beckwith at 3:23 PM No comments:

Lonely Planet and the UN 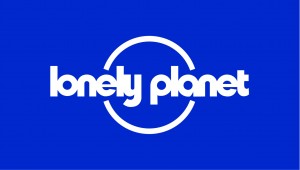 There was lots of excitement in the office last Friday over some big news from Lonely Planet: in celebration of World Tourism Day, Lonely Planet is announcing a new partnership with the United Nations to provide information for first responders in humanitarian emergencies. Staff from UN agencies deployed in the event of a disaster will be able to use Lonely Planet’s information to help them familiarize themselves with the country before traveling. You can read more about the partnership here. This is super cool!
Posted by Saffron Beckwith at 8:43 PM No comments:

Writer's Bill of Rights for the Digital Age

There has been a great deal of conversation going on about e-books. I have been to numerous conferences on digital and one thing I have noticed is that there isn't much mention of the authors. The Writers' Union of Canada has recently posted the Writer's Bill of Rights for the Digital Age. It is worth a read.
Posted by Saffron Beckwith at 5:52 PM No comments: