"This Is That" - Friday Funny!

Did you know that the City of Brandon, Manitoba is closed from July 12 to August 19? Or that tipping your server in Swift Current is offensive? Well then, you’d better pick up this brand-new travel guide from CBC Radio’s award winning satirical comedy team – the This is That Travel Guide to Canada! This faux travel guide included all sorts of goofy travel tips to navigating Canada. Check out some of their latest work in the video above!
Posted by Saffron Beckwith at 12:00 AM No comments: Links to this post

Do You Know Books in Canada? 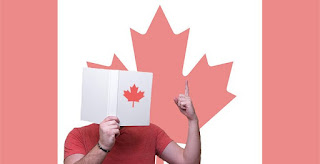 Robertson Davies or Margaret Atwood? Wayne Gretzky or Wendel Clarke? Who sold more? Who sold first? Put your knowledge of the Canada’s book marketplace to the test with this Canada 150 quiz by BookNet Canada! These 21 uniquely Canadian questions will push your book skills to the edge, as BookNet Canada keeps Canada 150 rolling.
Posted by Saffron Beckwith at 12:00 AM No comments: Links to this post

One Decade ago, Vice President Al Gore brought climate change to the forefront of world issues. Today, ten years later, his message has only increased in importance. An Inconvenient Sequel has Gore exposing Humanity’s role in the degrading climate of our planet, presenting around the world, his stories of change, progress, and the real action that can be taken to reverse the damage. An Inconvenient Sequel is out July 25, 2017, with the feature film in theatres July 28, 2017.
Posted by Saffron Beckwith at 8:14 AM No comments: Links to this post 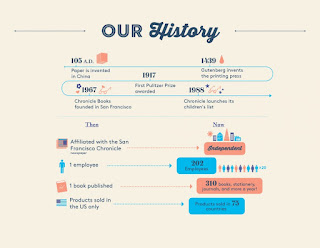 Pretty much the coolest publisher EVER, Chronicle Books is celebrating their 50th b-day this year! They started in 1967 (aka the Summer of Love) and have been rocking it ever since. PW did a great piece on their history. From Griffin and Sabine to Press Here to the Beatles Anthology, they have produce some of the most memorable and innovative books of all time. I ❤ Chronicle!