Posted by Saffron Beckwith at 12:05 AM No comments: Links to this post 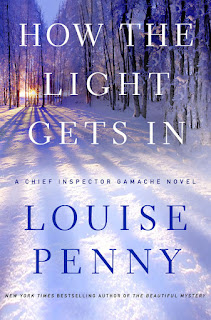 A couple of years ago I borrowed all of the Inspector Gamache books out of my library and spent the summer reading them. Her last book The Beautiful Mystery was, in my opinion, her best to date. I am very excited that her new book How the Light Gets In has been announced and will be releasing August 27th, 2013. A nice back story about the new book is that Louise approached Leonard Cohen to buy the rights to use the lyric from Anthem for her title. Cohen refused and said she could have it for free. At the time Cohen had started to tour again because his manager had absconded with all his wealth-he needed the money. He is thanked in the acknowledgements. Nice Karma.
Posted by Saffron Beckwith at 2:00 AM No comments: Links to this post

Why is this children's book being 'censored' in Canada?


Ken Setterington's new book Branded by the Pink Triangle comes out April 22nd. You can watch Ken discuss with CBC's Hanna Sung the issue of censorship in schools and libraries when his book Mom and Mum are Getting Married came out.
And speaking of censorship here is the ALA's top 10 list of most challenged books for 2012:

Posted by Saffron Beckwith at 4:00 AM No comments: Links to this post

So Spring is making a slow entry. Maybe this will put a spring in your step! Illustrated by the wonderful Tom Lichtenheld, Sing is a wonderful retelling of that song we all know and love from Sesame Street. Enjoy!

Posted by Saffron Beckwith at 3:30 AM No comments: Links to this post

My Favourite Book of the Season! 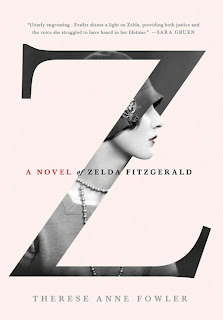 I received the ARC of Z: A Novel of Zelda Fitzgerald before I had even heard about it; I loved The Paris Wife and Loving Frank so I was very excited for this as I am a huge Fitzgerald fan. I was not disappointed. Much like Paris Wife and Loving Frank; this is a fictionalized account of Zelda's relationship with Scott but draws heavily on historical research. It has received rave reviews so far including a starred review in Kirkus: "Fowler has given us a lovely, sad and compulsively readable book."—Kirkus Reviews.
I can't wait for the Great Gatsby movie coming this May...our office will be taking a field trip to see it when it opens!

Isabella Star of the Story


Isabella Star of the Story is a totally cute story about Isabella and her love of books. She reads a whole whack of books and becomes the characters from the stories such as Captain Nemo, Alice, Peter Pan and many more. I love that at the back of the book, there is a synopsis of each of the books. Click here for the activity kit. Click here for an activity kit for the book.

Posted by Saffron Beckwith at 3:30 AM No comments: Links to this post 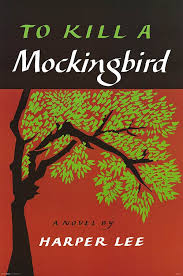 PW recently conducted a poll to determine what is the Great American Novel and To Kill a Mockingbird was given the title. Probably not a total surprise; it is one of my top two favourite books...the other is A Prayer for Owen Meany in case you were wondering;).
Some of their observations from the poll were:
1. We included 60 books in the field, and the last four to tally one single vote were: Sister Carrie, The Naked and the Dead, Go Tell It on the Mountain, and The Known World.
2. At least in our prediction, The Catcher in the Rye would’ve ranked quite high, but it was only able to get 2% of the vote.
3. The most popular beat is Kerouac: On the Road outpaced his contemporary Burroughs’s Naked Lunch, and received 77 total votes.
4. The big success story? The Amazing Adventures of Kavalier & Clay, which received considerably more votes than The Catcher and the Rye, Gone with the Wind, Fahrenheit 451, and Slaughterhouse-Five, despite having fewer ratings on Goodreads (see #7 below). Translation: readers of Kavalier & Clay really, really like it.
5. The case can be made for The New Literary Canon to include Kavalier & Clay (2000), Infinite Jest (1996), and Beloved (1987)–they were the only books written in the last 30 years to secure more than 2% of the vote.
6. While Hemingway and Faulkner are two of the first names that come up in the great American writers discussion, their reputations–by the indication of this poll–are not built on one book alone (like Harper Lee), but rather on the cumulative influence of the entire body of their work. The Sun Also Rises and The Sound and the Fury each only secured 1% of the vote.
7. Were the books that received the most votes also the most read? Here are the number of ratings the top seven books have on Goodreads:
To Kill a Mockingbird: 1,356,936
The Great Gatsby: 1,077,481
The Adventures of Huckleberry Finn: 677,916
The Grapes of Wrath: 256,087
Moby-Dick: 249,884
Gone with the Wind: 436,591

The Amazing Adventures of Kavalier & Clay: 86,148
The book with the fewest ratings on Goodreads? That would be Play It as It Lays (7,246).
8. What books did we get submitted in the “Other” field? Lonesome Dove was the most voted for. Call It Sleep got a number of write-ins. Some wanted East of Eden to be Steinbeck’s entry over The Grapes of Wrath. Also, a lot of Ayn Rand. A vote for “the constitution.” A vote for “I reject your use of the definite article ‘the’. No single novel fits the bill.” A vote for “all of the above.”

Posted by Saffron Beckwith at 10:15 AM No comments: Links to this post

So Misguided is a super fun book blog by my friend Monique Sherrett. She covers book news, technology and tap dancing! She runs a company called Boxcar Marketing that does internet marketing and web strategy Boxcar has a VERY cool and helpful newsletter (one of the few I read). I really love her her 1 Minute Marketing Tips.

Posted by Saffron Beckwith at 4:00 AM 2 comments: Links to this post