Connecting with Struggling Readers: Resources, Tips and Advice to Engage and Inspire

Join Orca Book Publishers on January 31st for a cool webinar on reluctant readers. Orca publishes the extremely successful Soundings series for teen reluctant readers...with over a million in print they sure know what they are talking about! Check it out.
Posted by Saffron Beckwith at 6:12 PM No comments: Links to this post

So, who is excited about OLA Super Conference next week? I know I am! It's always a great chance to catch up with people that we don't see often and to hear about new & upcoming books. The Deweys aren't doing a session this year, but I'll definitely have a list of my newest picks at my booth, which I'd love to share!


Part of the fun of the OLA show is meeting some of your favourite authors, so I thought I'd help with your conference planning by giving you the heads up about the authors who will be signing at the HarperCollins booth (#731/733).

10-11am: Allan Stratton - Signing copies of ‘The Grave Robber’s Apprentice’

1-2pm: Frank Viva- signing copies of ‘Along a Long Road’


If you have a moment, you might also want to check out the new HarperCollins Library Love Tumblr blog where I've posted a picture of one of the giveaways we'll have at our booth...

Hope to see you at OLA next week!

-Rosalyn
Posted by Rosalyn at 3:16 PM No comments: Links to this post

Teenage Girls Who Made a Difference


This is a cool list of "teenage girls who made a difference" that George Stroumboulopoulos posted on his show last week.

There were 5 girls named:
1. Shannen Koostachin
2. Anne Frank
3. Mary Shelley
4. Buffy the Vampire Slayer (!)
5. Joan of Arc
Second Story Press published Shannen's story last year in Shannen and the Dream for a School. Shannen lived in Attawapiskat and brought national and international attention to the horrible conditions in which they were being educated. Tragically Shannen was killed in a car crash in 2010 and did not live to see the impact she has made in bringing this story to the attention of the Canadian government.
Posted by Saffron Beckwith at 3:32 PM No comments: Links to this post

The Joy of Books

This enchanting video is taking the internet by storm. Yay Type Books!!!
Posted by Saffron Beckwith at 10:41 AM No comments: Links to this post

The Globe and Mail has started their very first book club. They have selected 10 books and are asking readers to vote on which should should be their first book. Click here to cast your vote!

Posted by Saffron Beckwith at 4:45 AM No comments: Links to this post 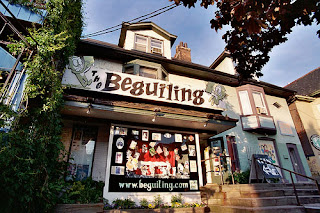 The Beguiling is touted as one of the best Comic Bookstores in the world. Many libraries and schools use  the Beguiling as their source for all things graphic novelesque. The Comics Reported sat down with Peter Birkemoe for an in depth interview about his shop and the method behind it. This Fall they opened Little Island Comics just around the corner from their original store; a kids oriented comic store. He gives a shout out to Toronto Public Library and their support of TCAF (Toronto Comic Arts Festival). For the full interview click here.
Posted by Saffron Beckwith at 9:49 PM No comments: Links to this post

Pantone Colour of the Year 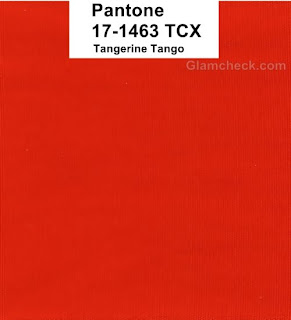 This year Chronicle release Pantone: The 20th Century in Color.  Pantone has announced their 2012 colour of the year... Tangerine  Tango ! Happy New Year!
Posted by Saffron Beckwith at 1:45 PM No comments: Links to this post