The Other Woman by Hank Phillippi Ryan

There was alot of buzz about this book at sales conference. Forge have posted a neat author interview with award-winning TV journalist Hank Phillippi Ryan on YouTube. In it, she talks about crime fiction, her work as a journalist (and, yes, her bazillion emmys) and how it has influenced the new novel, THE OTHER WOMAN. It'll be coming out in September.

Posted by Saffron Beckwith at 5:43 AM No comments: Links to this post 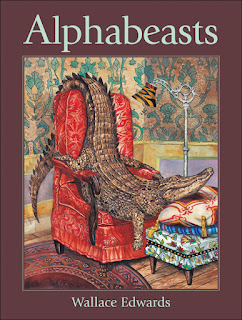 As promised here is the CBC great List of Kids Summer Reading!...as if our piles aren't big enough ;)!


Alice Moore’s Suggestions
Children’s librarian at the Gladstone Branch of the Toronto Public Library.
The Ramona series, by Beverly Cleary
Any poem by Dennis Lee
Shiloh, first of a trilogy, by Phyllis Reynolds Naylor

Polly Horvath’s Suggestions
Polly Horvath is an award-winning children’s author.
Little Women, Eight Cousins, by Louisa May Alcott
James and the Giant Peach or Charlie and the Chocolate Factory, by Roald Dahl
Magic by the Lake or any of the seven books written by Edward Eager

Kenneth Oppel’s Suggestions
Author of 16 books. He won the Governor General's Award for his book Airborn
Danny Champion of the World, by Roald Dahl
Awake and Dreaming, by Kit Pearson
Feed, by M.T. Anderson

Melanie Watt’s Suggestions
Author and illustrator. She is best known for her Scaredy Squirrel series.
Stormy Night, by Michele Lemieux
Stella, Star of the Sea, or any of the Stella series, by Marie Louise Gay
Alphabeasts, by Wallace Edwards
For more info and the Cross Country Checkup Callers' Suggestions you can go to the CBC website here.

Posted by Saffron Beckwith at 5:03 PM No comments: Links to this post 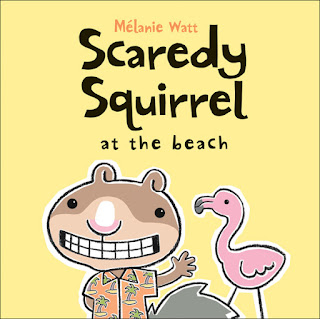 Click here to hear what she and the listeners have to say!

The book list will go up on Friday, July 20. I will post when it's up!
Posted by Saffron Beckwith at 12:44 PM No comments: Links to this post

In the recently published book, The Complete Journals of LM Montgomery: The PEI Years, 1889-1900, the entries reveal a complex and passionate young woman.  These journals follow Montgomery from age 14-25 as she develops from a school girl into a teacher, university student and eventually a confident writer. Accompanied by 226 of her own b&w photos, the journals offer an intimate look at the early life of one of Canada’s favourite writers.

Posted by Susan at 2:44 PM No comments: Links to this post

How cool is this? The Little Free Library started in 2009  as the inspiration of Todd Bol, who in the fall of 2009 landed on a way to honor his late mother, a book-loving teacher. He built a miniature wooden one-room schoolhouse, mounted it outside his Hudson, Wis., home and stocked it with books. Even on rainy days, friends and neighbors would happen by to make selections, drop off books and remark on the library's cuteness. They now have quite a few in Canada!

Their mission as stated is:
To promote literacy and the love of reading by building free book exchanges worldwide.
To build a sense of community as we share skills, creativity, and wisdom across generationsTo build more than 2,510 libraries around the world - more than Andrew Carnegie!

Posted by Saffron Beckwith at 6:09 AM No comments: Links to this post

Shannen and the Dream for a School 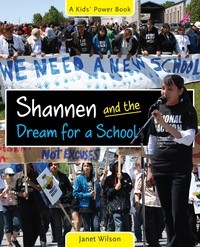 Shannen and the Dream for a School has been chosen as the First Nations Community Reads. This is an amazing yet tragic story about  thirteen-year-old Shannen and the other students at J.R. Nakogee Elementary who are tired of attending class in portables that smell and don’t keep out the freezing cold winter air. They make a YouTube video describing the poor conditions, and their plea for a decent school gains them attention and support from community leaders and children across the country. Inspired, the students decide to turn their grade-eight class trip into a visit to Ottawa to speak to the Canadian government. Once there, Shannen speaks passionately to the politicians about the need to give Native children the opportunity to succeed. The following summer, Shannen is nominated for the International Children’s Peace Prize. Her passion and that of the other students makes politicians stand up and take notice, and becomes a rallying point for the community and for the country.

For more info on the program check out the SOLS website.
Posted by Saffron Beckwith at 5:37 PM No comments: Links to this post