Hilary Davidson, author of Blood Always Tells, was recently a guest editor on The National Post's The Afterword.
During her stint at The National Post, she wrote an interesting article regarding the misconceptions authors have about using social media as a tool to generate sales. She, herself, uses social media regularly (Twitter, mostly). However, she believes that social media isn't the best platform for authors to sell their wares. What she does think social media is good for is building relationships and expanding your social circle. Like she says in the article, the emphasis should be on the social: "It's about connecting, not selling."
What she's saying, essentially, is that social media is a great way to sell yourself. To build your personal brand. It is a way to engage with readers and people in the industry, but you must always be careful of how your online presence is perceived by others.
To read more about what Hilary has to say about social media, check out her article here. 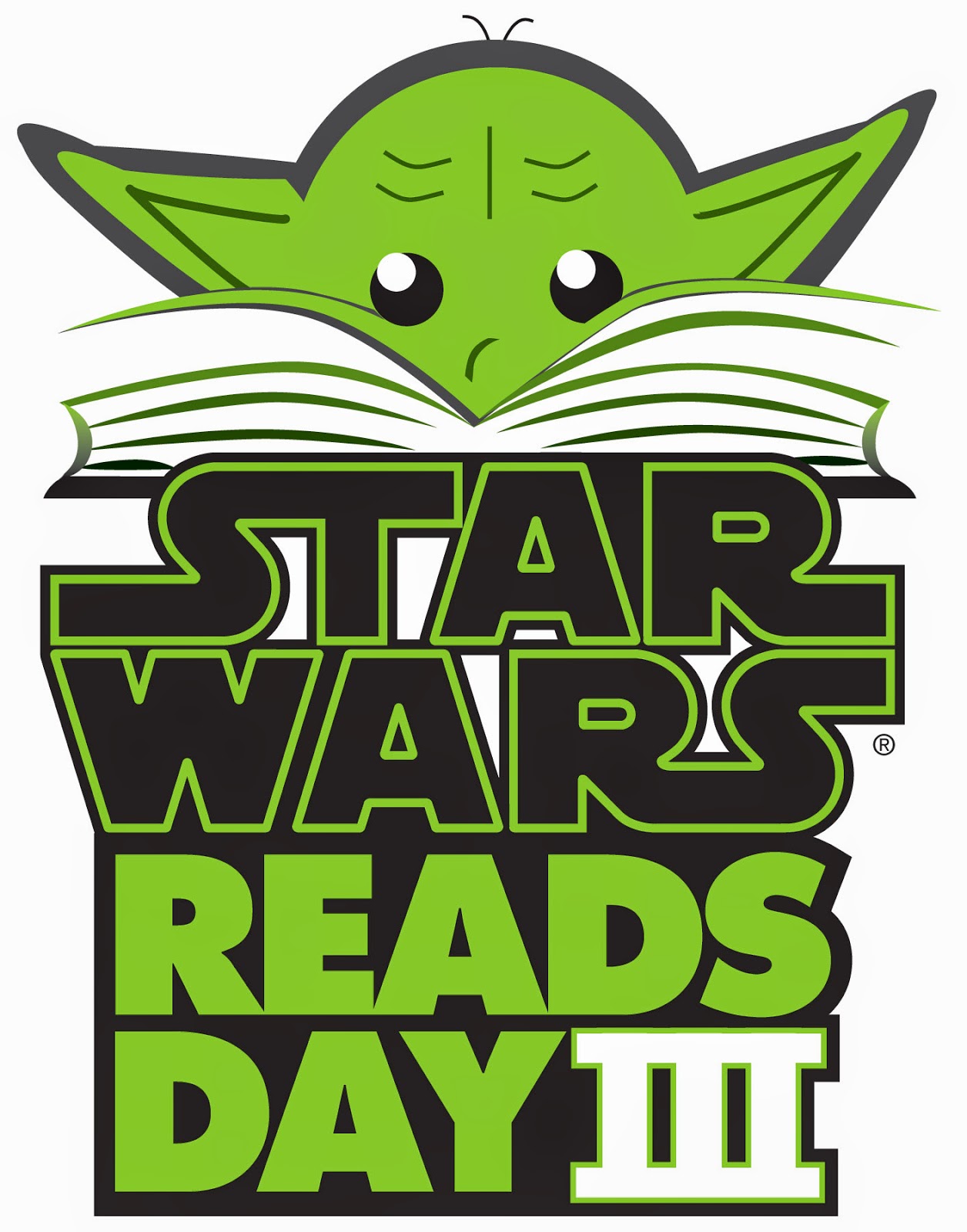 MAY THE FORCE BE WITH YOU.

Move over, Scrooge and the Grinch. There's another Christmas curmudgeon taking over our televisions this holiday season.
Internet sensation, Grumpy Cat (née Tardar Sauce), has just landed a movie deal with Lifetime! The live-action film, which has been described as "a little Home Alone and a little Die Hard," will be about a 12-year-old girl who can communicate with a pet-store cat. The script will be penned by Tim Hill and Jeff Morris, and shooting is set to begin this summer. The voice of Grumpy Cat, however, is yet to be cast.
Find out more about the forthcoming movie in The Hollywood Reporter.
And if you can't wait til then Grumpy's new book The Grumpy Guide to Life, will be out July 5th. (Source)

#READWOMEN2014 with House of Anansi


Earlier this year, writer and illustrator Joanna Walsh of The Guardian began the #readwomen2014 initiative to bring to light some of the challenges that female writers are still facing in the 21st-century. The hashtag has spread like wildfire since then, and people from all over the world have been sharing their experiences reading books by women using the #readwomen2014 hashtag.

The great folks at House of Anansi decided to start their own #readwomen2014 campaign and they've come up with an amazing contest that gives readers a chance to win every book written by a woman that Anansi publishes in 2014. That's a lot of books! To enter: try to identify all of the women featured in the video above (or as many as you can) and fill out a ballot. Good luck!
Posted by Saffron Beckwith at 12:00 AM No comments: 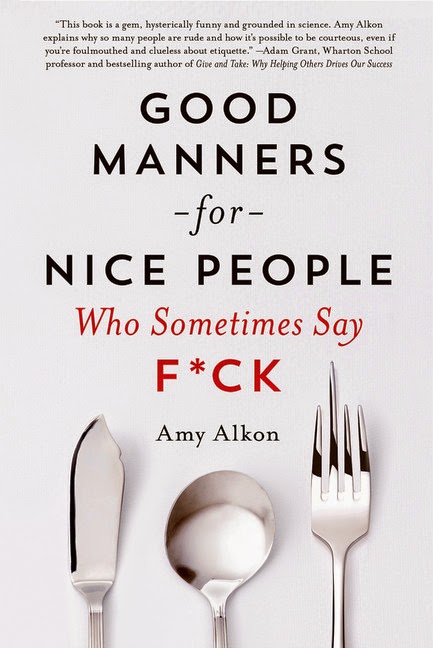 The very witty advice columnist and radio talk-show host Amy Alkon, also known as the Advice Goddess, has recently published a book about modern manners for our post-Emily Post world. In Good Manners for Nice People Who Sometimes Say F*ck (St. Martin's Press), Alkon combines science with biting humour to answer questions about etiquette in the twenty-first century. Be warned: you won't find anything about correct table set-up or the proper use of various utensils in this book. Instead, Alkon doles out witty advice on how to deal with people who insist on having their cell phones on speaker in public places and how to stop dog walkers from leaving dog poop on your lawn.

Alkon was recently interviewed by Erin Anderssen in The Globe and Mail, in which she asserts that "we now live in societies too big for our brains," which is why we behave badly around strangers. Among other things, she addresses spontaneous phone calls, clipping toenails on public transit, and Web slapping. Read the full interview here.

In an episode of CBC Radio's The Enright Files, host Michael Enright speaks with authors Ann Dowsett Johnston and Olivia Laing about alcohol and its effects. Both Johnston and Laing have recently published books on the subject (Drink: The Intimate Relationship Between Women and Alcohol and The Trip to Echo Spring: On Writers and Drinking, respectively).

Listen to the entire episode here.
Posted by Saffron Beckwith at 6:51 AM No comments: 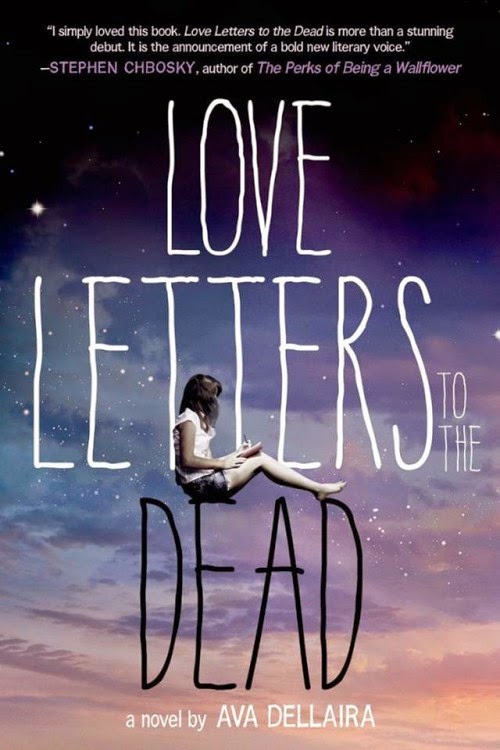 Ava Dellaira's critically-acclaimed debut YA novel, Love Letters to the Dead (Farrar, Straus and Giroux) has been optioned for film by Fox 2000 and Temple Hill! The book was published April 2014 and follows the story of Laurel, a teenager who is given an assignment by her English teacher: write a letter to a dead person. She chooses to write to Kurt Cobain, who was around the same age as her sister was when she died. But Laurel doesn't stop there. She goes on to write a series of letters to a motley crew of deceased actors, musicians, and icons, through which bits and pieces of her past are revealed.

The producers attached to the project, Wyck Godfrey and Marty Bowen, have been involved with various YA book-to-film adaptations, including The Twilight Saga, The Maze Runner and, most recently, John Green's The Fault in Our Stars. Ava Dellaira will be writing the script.

Labels: book to film adaptations, YA

Kids today will have grown up always having mobile technology; they are never not connected. This was one on my many take-aways from this TED Talk by Christina Crook. Her book Digital Detox, Rethinking Our Lives Online, which is coming out in November discusses the impact of a technology focused life.
Posted by Saffron Beckwith at 4:25 PM No comments: