The Man Who Loved Libraries 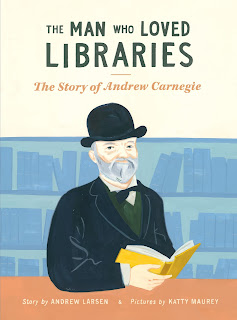 Owlkids released The Man Who Loved Libraries this week. That man was Andrew Carnegie. Owlkids put together an awesome fact sheet on Carnegie.

Did you know that:
• Canada was awarded grants for 125 Carnegie libraries. Of those, 63 are still used as libraries today. • 111 were in Ontario, four in Manitoba, three in each of Alberta and British Columbia, two in Saskatchewan, and one each in New Brunswick and the Yukon.
• In all, Carnegie donated $2.5 million to fund Canadian libraries.

Very cool!
Posted by Saffron Beckwith at 12:00 AM No comments: Links to this post 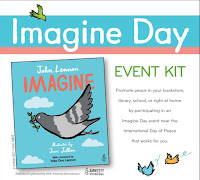 For more details on the International Day of Peace, and Imagine, head over to this beautiful website featuring Lennon's music video, and user written messages of peace from around the world. Be sure to leave your own!
Posted by Saffron Beckwith at 11:26 AM No comments: Links to this post

Sex, Drugs, and YA Literature 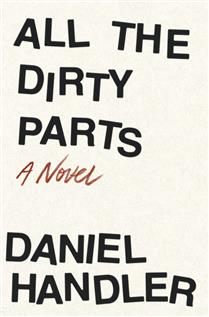 Decades have been spent trying to get boys to read – but trying to get teenage boys to read? Forget it. Proposing the question ‘What are teenage boys interested in?’ will typically be answered with nothing more than a roll of the eyes, but Daniel Handler’s newest novel All the Dirty Parts focuses on exactly that. Described by the author in a recent New York Times article, the novel “portrays a young boy’s emotional, hetroflexible sex life”. Instead of censoring out the sex, drugs, and rock and roll, Handler writes head on about a young adult’s burgeoning sexuality and tells it like it is. As Handler puts it: “Let’s not smirk at their interests. Let’s give them books that might engage them."

Handler is also known by his pen name, Lemony Snicket.
Posted by Saffron Beckwith at 12:00 AM No comments: Links to this post

A Wrinkle in Time Takes Hollywood

55 years after its publication, Madeline L’Engle’s 1963 sci-fi masterpiece hits the screen! Exploding through social media since the release of its first teaser trailer, and with a dynamic cast featuring Oprah Winfrey, Mindy Kaling, and Reese Witherspoon, A Wrinkle in Time is poised to exceed its much deserved hype. Continuously printed since 1963, A Wrinkle in Time has been awarded the Newbery Medal, Sequoyah Book Award and the Lewis Carroll Shelf Award, and was runner up for the Hans Christian Andersen Award. The film adaptation is due for release March 9th, 2018.
Posted by Saffron Beckwith at 12:00 AM No comments: Links to this post