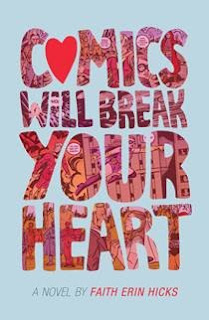 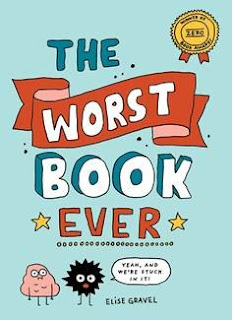 Step into Spring with this list of CBC Books' Spring 2019 Kids and YA preview!  This list features two of Raincoast's Spring books, Comics Will Break Your Heart by Faith Erin Hicks, and The Worst Book Ever by Elise Gravel.  Keep your eyes peeled for these amazing books coming out in the first half of 2019!

Comics Will Break Your Heart is a funny, Romeo and Juliet tale of modern romance, about a family who should have become rich from their grandfather's smash-hit comics series, “The TomorrowMen.” But when he sold his rights to the series for practically nothing, Miriam and her family are left with nothing. When a cute boy shows up in Miriam's town, Miriam's life gets a lot more complicated when the boy turns out to be the grandson of the man who defrauded Miriam's grandfather, and is now heir to the comic series fortune. Will these two families be able to heal the long-festering scars of the past?

The Worst Book Ever takes the reader on an unexpected journey, where award-winning author Elise Gravel attempts to write the world's most boring book. But her rebellious and goofy characters are having none of it. What was supposed to be a blasé story quickly transforms into a unique and hilarious tale as the characters steer the narrative in a more interesting direction. After all, the characters are stuck in the story forever!

Posted by Saffron Beckwith at 11:24 AM No comments: Links to this post

Look out for these Raincoast Books on CBC's Spring 2019 Canadian Fiction list! 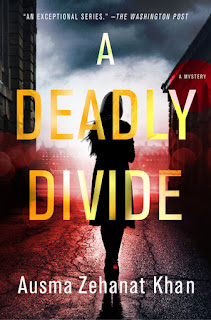 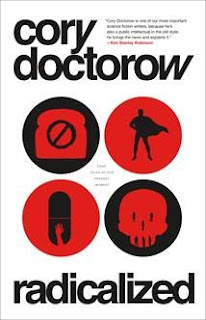 Raincoast has two books on CBC Book's newly-released Spring 2019 Canadian Fiction list! A Deadly Divide by Ausma Zehanat Khan will be on sale Feb 12/2019, and Radicalized by Cory Doctorow comes out March 19/2019.

Posted by Saffron Beckwith at 8:30 AM No comments: Links to this post

Wattpad is launching it's own Publishing Imprint! 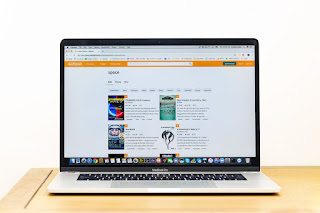 Wattpad's online social storytelling platform has announced that it will be launching it's own book publishing imprint, Wattpad Books!  Using their unique machine learning technology and their editors, Wattpad will select stories from their site for publication. This September, Wattpad will launch its first six titles, ranging from fantasy to YA to mystery. Keep an eye out for these promising new reads!
Posted by Saffron Beckwith at 3:56 PM No comments: Links to this post