My favourite little squirrel is back at it again, and just in time for Halloween! As we prepare the kids for a night of costumes, candy and craziness, it's important to stay safe. Watch Scaredy Squirrel's Halloween Safety Public Service Announcement, an adorable video for all your safety tips or pick up a copy of my favourite, Scaredy Squirrel Prepares for Halloween.

Have a happy (and safe) Halloween everybody!
Posted by Saffron Beckwith at 1:30 AM No comments: Links to this post

A Look Inside Ampersand Inc. Toronto

Ampersand Inc.'s last intern, Jenny, had the office to herself one afternoon with no one around her but the books. Sounds like a book lover's paradise, right? Check out the video below to see how she kept busy! 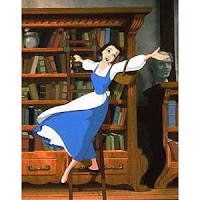 A look inside the Ampersand Inc. Toronto office... 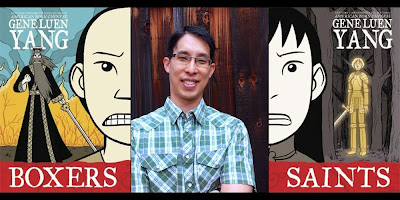 Have you heard about Boxers & Saints? It was recently named to the long list for the National Book Award in young people’s literature. I am very excited about this two-volume graphic novel that took 6 years to make! Author and artist Gene Luen Yang recently visited The Toronto Public Library as part of  Raincoast's Young Adult Library Tour where he spent the day with a group of one hundred local students.
To read about Yang's inspiration and challenges for the books on TPL Teens, click here.
Posted by Saffron Beckwith at 12:30 AM No comments: Links to this post

D+Q Authors and Cartoonists to Tour This Fall!

Some of our favourite D+Q authors and cartoonists are touring this fall! 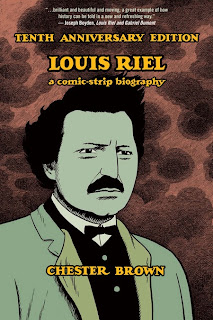 Upon its release in 2003, Louis Riel: A Comic-Strip Biography received both praise and criticism before winning two Harvey Awards. This expanded edition includes a new introduction highlighting the work's impact and success as Chester Brown reinvented the biography genre.
Celebrating ten years since the release of his comic-strip biography, Louis Riel, Brown will be in Winnipeg for what would be Louis Riel's 169th birthday. He will also appear at the Art Gallery of Ontario where his original artwork will be displayed. 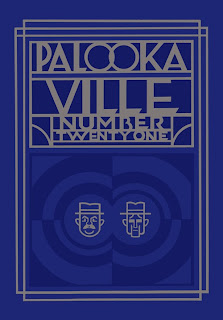 SETH
Toronto: IOFA October 24th-November 3rd, 2013
Seth is back! His new volume, Palookaville 21 features not one but two autobiographical pieces before continuing the Clyde Fans serial in part three. Bonus: an exclusive comic-strip Seth has been keeping for almost a decade!

Seth will be attending this year's International Festival of Authors downtown Toronto at the Harbourfront Centre. The festival runs for 11 days with readings by the Governor General's Literary Award and Rogers Writer's Trust Fiction Prize finalists. Other participants include Margaret Atwood, Eric Walters, Joseph Boyden, Stephen King and many more!

For more information, click here.
Posted by Saffron Beckwith at 3:00 AM No comments: Links to this post

You Are Stardust by Elin Kelsey 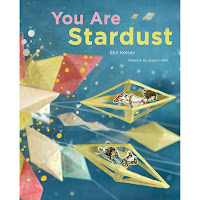 After listening to Elin Kelsey's interview on CBC Radio, I am even more in love with this book! You Are Stardust encourages young readers to make the connection between themselves and the world around them. According to Kelsey, children of today learn about the environment in a doom and gloom way. By reminding young readers that they are nature, this book reads like a celebration of being by recognizing the incredible overlaps found between species.
To listen to Elin Kelsey's full interview, click here. 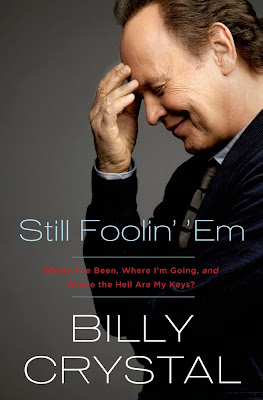 If you're like me, you absolutely loved Billy Crystal in When Harry Met Sally, City Slickers, and Analyze This. I was so excited to hear that at 65, Billy is releasing, Still Foolin' 'Em: Where I've Been, Where I'm Going, and Where the Hell Are My Keys?, what he calls a "non-memoir" written about him by him. He opens up about his past experiences in the business, what it's like growing old, and shares exclusive memories with other comedy idols as they won over our hearts.

Undoubtedly, that irresistible Billy Crystal wit and humour jumps from each page. The book is also available in audio version, with live readings from Billy's performances. I highly recommend you check out this hilarious interview with Billy Crystal on the Daily Show! 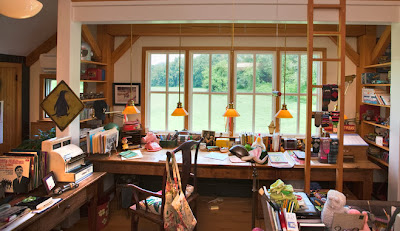 I love books, that's a given. One of my favourite things to learn about authors and artists are the quirks and habits involved in their creative process. That's why I couldn't help but share this article from the New York Times on Sandra Boynton, an artist of many talents. You may know her as author of more than 50 children's books or artist of over 4,000 greeting cards. Her work is phenomenal! Her office, pictured above, is a 120-year-old restored barn filled with retro signs and objects collected over the years. Don't you just want to hang out there? I do! 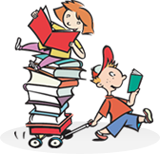 Mark your calendars book lovers, because May 4-11, 2014 is TD Canadian Children's Book Week! Book Week is a national event that celebrates the importance of reading in schools, public libraries and community events across the country. I am very excited to share the Tour Roster for next year's event that includes 29 amazing authors, illustrators and storytellers. Stay tuned in October to see which authors are coming to your province. You can also apply to host a visitor in your area. Let's celebrate Canadian children's book and literacy together!
Posted by Saffron Beckwith at 3:00 AM No comments: Links to this post 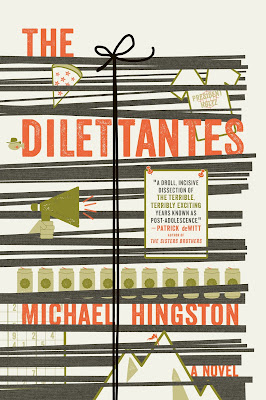 "It seemed like every other page had me cracking a smile or laughing out loud...as he hit the nail on the head about some ridiculous college experience." - Another Book Blog review

If you haven't heard about The Dilettantes yet, listen up! Canadian author, Michael Hingston's debut novel was released this week and has already been named one of the Top 10 Picks of the Season on CBC Books.

Alex Belmont is the witty features editor at The Peak, the student newspaper at Simon Fraser University. As his final year draws to an end, Alex is left with the typical soon-to-be graduate case of self-searching and wondering what next? It is not until the newspaper's entire existence is at risk that Alex realizes just how much it means to him and the university.

The Dilettantes has been well-received by its reviewers. Another Book Blog calls it "charming, incisive and witty as hell," and highly anticipates Michael Hingston's next book. To read this utterly honest yet entertaining review in full, click here.