The differences between cats and dogs have never been funnier!

In this hilarious new story from the illustrator of I Don't Want to Be a Frog, a little girl really, really wants a dog . . . but gets a cat instead! 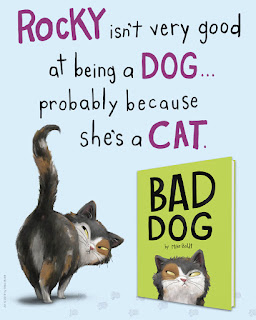 Cat lovers and dog lovers alike will howl with laughter at this little girl's willful insistence that her cat is a dog. The hilarious ways in which cats and dogs are different are brilliantly illuminated with each turn of the page and will leave young readers and their grown-ups giggling.