Keitha picked  The Call by Peadar Ó Guilín and The Hill by Karen Bass; two books about crossing over to the spirit word, inspired by cultural traditions in their respective countries. 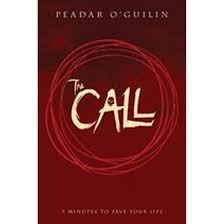 The Call is part dystopian, part horror mixed in with Irish folklore. Ireland has been completely isolated from the world by the people of the fairy hills, the Sídhe; no human is able to enter or leave the island. The Sídhe began taking teenagers twenty-five years ago. Back then only one in one hundred survived their call: three minutes in our world, but one full day in the land of the Sídhe, being hunted and cruelly tortured, and most likely killed. Fifteen-year-old Nessa attends survival college like all teens in Ireland. Now, one in ten teens is likely to survive thanks to the training they receive at college. But no one thinks Nessa will survive her call. Her legs are twisted from Polio; Ireland no longer has the means to produce the vaccine. But Nessa doesn’t care what others think. She means to survive. While fearing her Call could take place at any second, Nessa navigates the harsh world of survival college where students train to fight the Sídhe and learn everything they can about the Sídhe world and language. Nessa must also evade her tormentors, Conor, and his extremely violent gang, who believe she’s wasting Ireland’s precious resources by attending college and merely being alive.
The tension mounts as Conor becomes increasingly violent, his hate for Nessa bordering on obsession, and the Sídhe seem to be getting stronger, finding for more inventive ways to torment Ireland's teens.
The story is rich in chilling detail of the Sídhe hunting their prey in their perilous and toxic world. Strong emphasis is given to the emotional stress students must withstand to have to nerve to survive their Call. The boarding school setting, subtle romance, and themes of friendship that run throughout the story makes The Call an utterly satisfying read. 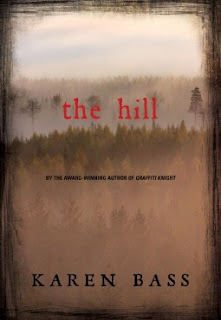 The Hill by Karen Bass is a modern day Hatchet based on Cree mythology to make a very spooky tale set in the vast wilds of Northern Alberta. Main character Kyle says it all when he tells Jared “Sometimes scared is the smartest thing you can be.”
Jared is a privileged white boy from Edmonton on his way to visit his father in Yellowknife. He wakes from unconsciousness to find that his private jet has crashed in the remote wilderness. Kyle, Cree and comfortable surviving in the forest, is out hunting when he spots Jared’s plane crash. Coming to help, Kyle tries to convince a panicking Jared not to climb a forbidden hill to try in order to find cell phone reception. Kyle is extremely nervous about climbing the hill - his grandmother has warned him it’s dangerous - but Jared refuses to listen and Kyle refuses to let Jared explore alone. Upon climbing the hill it becomes clear that something isn’t right. Soon, the boys realize they have entered a dangerous spirit world. To make matters worse they become aware that something is hunting them, a terrifying creature named Wîhtiko. The boys desperately try to return to the real world and escape Wîhtiko. The tension increases as a raging forest fire bears down on them and Witchiko gets closer and closer to catching them. As Jared and Kyle try and evade the terrifying Wîhtiko, the two also deal with their inherent mistrust of each other, rooted in stereotypes about each other’s culture.
Together, they boys try and overcome their differences and survive. Jared must learn to believe in himself and stop thinking himself as a coward. With themes of survival, Cree legends, and prejudice, The Hill is an outstanding high action horror tale.

United Library Services is Canada’s largest book wholesaler, serving schools and public libraries for over 70 years. Keitha Langston is a graduate of the Master of Library and Information Studies at the University of Alberta, and is currently a Collection Development Coordinator at ULS.
Posted by Saffron Beckwith at 12:00 AM