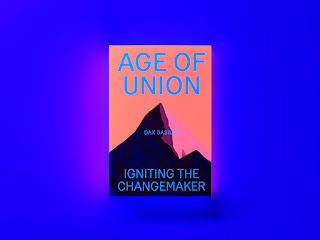 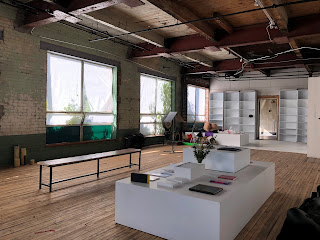 The newest title from Anteism Books, Dax Dasilva's Age Of Union, is an entrancing work both aesthetically and thematically. Grounded in four pillars—leadership, culture, spirituality, and nature the book advocates—the book advocates that the time for change is now and that our choices are the catalyst.

Also, Anteism has opened up a new exhibition space! There's a nice shot of it below Dax's book. It's still under construction, but set to open up later in June. It's a 4000 square-feet level space on Beaubien Ave in the Mile X neighborhood in Montreal. They're planning to use the space to present installations around their new Fall titles, and Anteism hopes to eventually open an art book store!